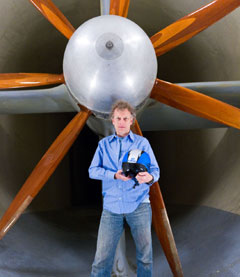 We have the one of the world's largest collections of human mannequin wind tunnel models and we are strategically located in Vancouver, B.C., site of the 2010 Winter Olympics. Our test facilities include the University of British Columbia and University of Washington wind tunnels.

With over 30 years of wind tunnel testing experience and a lengthy client list of World Championship, Tour de France and Olympic medalists, we can help your organization reach the podium.

Congratulations to Eliud Kipchoge on setting the official marathon world record of 2 hours, 1 minute and 39 seconds at the 2018 Berlin marathon while wearing Nike’s aerodynamic shoes and apparel. Aerosportsresearch’s Len Brownlie is listed as an inventor on the patent for Aeroblades, the apparel based vortex generators that were worn by Kipchoge on his shorts and leg tape. » Read more 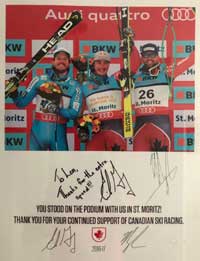 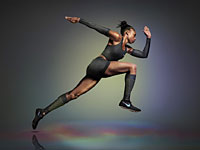 Congratulations to NIKE Inc. on the launch of 2016 Track&Field apparel collection with revolutionary Aeroblade technology
(click to enlarge)

Len Brownlie received a Ph.D in Kinesiology from Simon Fraser University in Burnaby, B.C. Canada in 1993. His Ph.D thesis was a survey of techniques to reduce aerodynamic drag created by the racing apparel of downhill skiers, cyclists and runners. Len's M.Sc thesis also looked at the thermoregulatory consequences of wearing bodysuits during endurance exercise. Len has been an aerodynamics consultant to NIKE Inc.'s Project SWIFT since 1998. Project SWIFT has provided aerodynamic apparel to track athletes at the 2000–2016 Summer Olympic Games and to long track speed skating teams and ice hockey teams at the 2002–2010 Winter Olympics. Len has also acted as the aerodynamics advisor to three Tour d'France pro cycling teams, and Canada’s Own the Podium program for the 2010 Vancouver Olympic Games.

This page printed from www.aerosportsresearch.com